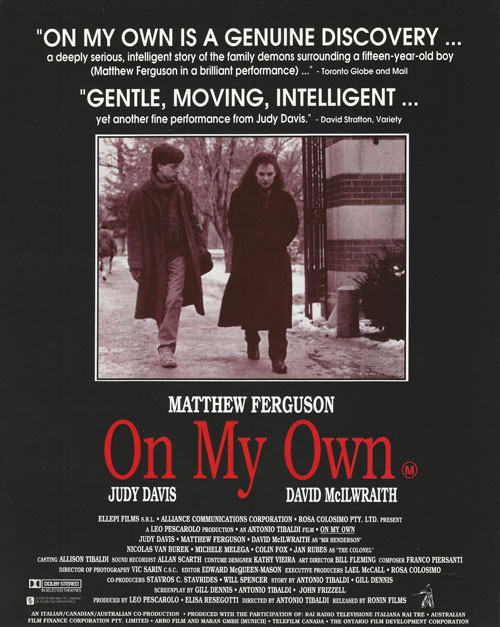 Simon Henderson is at boarding school in Canada while his father works in Hong Kong, and his mother lives in England. When his parents visit him for the holidays, Simon discovers that his mother has schizophrenia.